Before I Was Anything 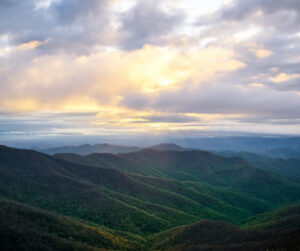 “Before I Was Anything”
A Poem by Zeke Caligiuri

Before I was anything
I was an abstraction, sound waves
moving through glycerin.
Before the effigies of my generation
in orange jumpsuits started tattooing
cuffs on their wrists, bars on their hearts,
I was a red jumpsuit
running under evergreens
on the edge of a mountain.

Back then, I was a story
they would tell me my whole life.

Before I was anything
I was an open school education.
Cracks big enough to climb down into
strange fleeting minutes alone,
subterranean stairwells, where feelings
as vacuums consume
moving photographs of moments
compressed between years, bound
to one another––the ones they said
would come eventually and go away
so quickly.

That was before
City Center was Mecca
and kids made Hajj
stealing Girbauds from Dayton’s
and looked at all the people they knew
on the wall in the holding tank
in the basement.

Zeke grew up as the adored only child of a middle-class family. His home life was relatively stable, and he didn’t lack for any material needs. Yet, as Abraham Maslow reminds us, food, shelter and safety are merely basic needs, and don’t guarantee self-actualization, or, in other words, a state of satisfied well-being (Maslow, 1943). Zeke’s basic needs were always met; his parents saw to that, but their love and care weren’t enough to keep him out of prison.

Although he is one of the most intellectually gifted students I have ever taught, anywhere, Zeke barely graduated from high school. High school completely bored him and he began to skip classes and spend more time on the streets, falling in with a tough, streetwise crowd. Depression also took hold or, as Zeke himself explains, he fell in love with the grays. That depression remained undiagnosed and untreated until his first stint in jail.

A series of unsuccessful jobs, recurring depressive episodes, broken relationships, and shady associates in early adulthood led him to being in the wrong place at the wrong time. A robbery gone bad, an innocent life needlessly lost, and a fouled-up plea led him to a sentence of 25 years. He has been in prison for 20 of those years. In that time, Zeke’s mother, father and grandmother have all died, and with his parents’ early untimely and unexpected deaths, his isolation has made even the harsh reality of incarceration more difficult. He has no family to visit him and many of his former friends have lost contact with him over time.

Education has been a central focus of Zeke’s incarceration, even though he has had many distractions and impediments in his pursuit of education.  He has earned an AA degree and his working his way through a Bachelor’s degree.  He has learned the value of reading:

There were books I read that influenced my sensibilities.  Steppenwolf appealed to some of my very dark experiences with loneliness and isolation and depression.  Some books I read  illuminated associations I had with injustice and individuals’ confrontation with power, and some just taught me about the nuance of individual human lives. The books I read made me want to write things that touched people in the same ways.

Motivated by his reading as well as his desire to communicate his “experiences with the world”  Zeke began to work seriously on his writing:

Writing offered me a conduit to communicate my experiences with the world. It was not therapy but it could speak for me in ways nothing else could.  It also offered me some evidence that I was still a feeling and empathetic human being.  When I was first able to publish, it offered a way for people I had lost contact with years before to reconnect.  It was the way I could tell them where I had been.  But as far as my break-me-down-to -my purpose reasons for writing: Writing was for me an act of defiance.  I lived an entire life so deeply defined by roles hidden under varying levels of authority. It was the only way I could show that I hadn’t been beaten by these people, even when I was so tired and worn down by being a prisoner.  Also, writing for me was humbling, giving me space to confront al of the conflated parts of our being-ego and narcissism, pride exaggerated purpose.  Through it, writing also became an act of endearment to my family, and to my city. 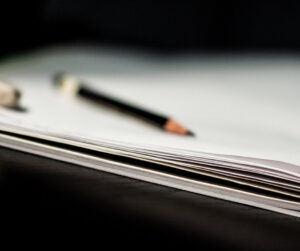 Zeke has been writing prose and poetry since early into his incarceration. A multi-genre, multitalented writer, he has won several Pen writing awards for poetry, short story and memoir. He recently published a book-length memoir with the University of Minnesota Press, one that garnered the praise of literary luminaries like Joyce Carol Oates and Jimmy Santiago Baca.  Becoming a published author held a particular salience for Zeke.  He writes:

There was for a while a transcendence from my incarceration; an idea that I had outperformed the strictures of this place, regardless of what the system or the nameless blob of power that governed over me expected of me.  There is power in that feeling, and empowerment is what men in these places need most; the sense that they are capable human beings who can accomplish larger goals in their lives.

For Zeke, writing is a way to preserve his sanity, his humanity. He writes:

Writing gave me a voice. It made me a writer, a student, a man, an individual outside statistics hidden somewhere. It made me a better son; able to replant seeds over the things I tore down a long time ago.

Writing became a way to work through his considerable grief, to make sense of his own narrative and to alter it by retelling it.  He tells me that writing is the only thing that hasn’t been stolen from him. Still, it also reminds him of his powerlessness. Despite his accomplishments as a writer, and the pride that the Department of Corrections, including the commissioner, takes in those accomplishments, Zeke often finds himself without access to a typewriter or word processor. An unexpected stint in a county jail left him even without a pen. His current job assignment is to fold mylar balloons in an overnight shift.  He then sleeps through the precious typing hours that are available to him in the computer lab.

He believes that his words and the critical and affective reception they garner will allow him to travel to places he can’t yet go. It is a freedom of movement, a carpet ride of prose. His work is an imperative, it demands attention even as he is ignored.

Perhaps most importantly, and the reason why he allows his work to appear in this volume, his words, which no bars can hold, force us to think collectively about the ways in which human capital languishes in the name of just punishment. I think of not only the written words of Zeke, but of the millions of words that remain unwritten by so many of their fellow inmates. 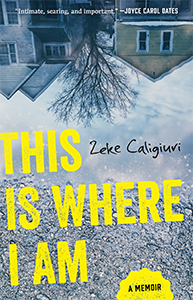 This is Where I am by Zeke Caliguiui

This is the memoir of Zeke Caligiuri, who grew up South Minneapolis in the 1990s when the city was dubbed “Murderapolis.” Currently in prison, Zeke’s story is a clear-eyed account of how he got from there to here, how a boy who had every hope went from dreaming of freedom to losing it, along with nearly everything and everyone he loved.

“An intimate, searing, and important document that makes no excuses for its subject’s life-choices and is all the more powerful for its honesty.”
—JOYCE CAROL OATES 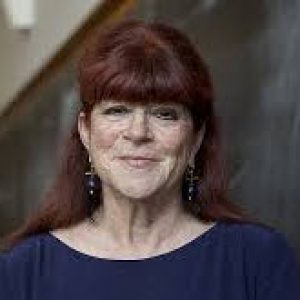 Deborah Appleman lives in Minnesota and is the Hollis L. Caswell Professor of Educational Studies and director of the summer writing program at Carleton College. Since 2007, she has taught language, literature, and creative writing courses at a high-security prison for men in the upper Midwest.
All Posts »
PrevPreviousSticks and Stones, Essays from Incarcerated Students
NextThe Season of Small Gestures of CompassionNext